Two thoughts on what's next ... 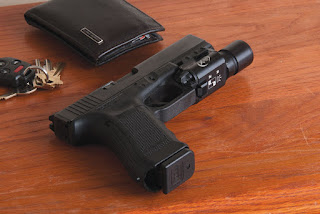 1.  Locally, our quiet and tiny 'over 55' (that's not a speed limit) neighborhood had our first armed home invasion yesterday.  An individual of the expected demographic escaped with some goodies after entering a home midday and holding the husband at gunpoint.  Unclear at this point if the door was unlocked or kicked in.  Meanwhile, in the very large retirement community next to us there's currently 3 burglaries on spotcrime.com, instead of the normal 1 or  none.    Can't say I didn't see this coming (see my post from the 21st).  As the police didn't apprehend the bad guy best guess is he'll be back - maybe with friends.  ROE (in Texas it's about right) and response plan being reviewed.


The detective also acknowledged that there was an excess of activity this weekend in Georgetown Village as well as // our area //  and some other neighboring communities. These incidents were car break-ins as well as stolen cars and stolen guns. They believe that these incidents are not necessarily related but are watching the clues for any similarities.
He advised us to be especially vigilant in the coming days and perhaps months because people will get increasingly desperate and may take drastic measures to survive. //our area//, because of our age demographic and perceived affluence may be a target and we should take that seriously. 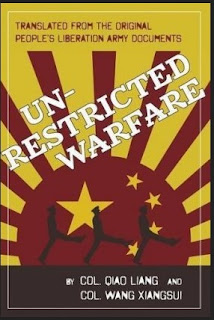 2.  More broadly, Americans need consider that there are countless vendors in China with American credit card information obtained via legitimate transactions.  Repurposed by the CCP, Chinese merchants can quickly render those accounts unusable with a blizzard of illegitimate charges.  Given the obvious malign actions of the CCP regarding WuFlu such activity is easy to anticipate.  As part of their war against the US such activity would serve to put additional stress on US citizens and our banking and financial transaction systems for the purpose of precipitating riots and further reduce confidence in the US government.

So - will the criminal element continue to 'shop locally'?  We'll see.