The truth - an acceptable casualty? 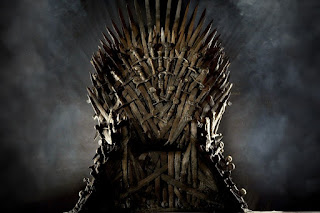 "Never believe anything in politics until it has been officially denied."

The association of the WuFlu with a PRC BioWar lab (such as the one in Wuhan) was first technically documented by Indian bio researchers in early 2020. Specifically this report, entitled, “Uncannysimilarity of unique inserts in the 2019-nCoV spike protein to HIV-1gp120 and Gag,” concluded that “the engineering of coronavirus with such gene sequences was “unlikely to be fortuitous in nature,” providing strong scientific support for the theory that the coronavirus is an engineered bioweapon that escaped laboratory containment in China.”

As with most articles documenting that this pandemic was the result a lab product, one 'genetically engineered to enhance it's spread in the human population' ( https://www.express.co.uk/news/weird/1253778/coronavirus-chinese-lab-leak-bioweapon-wuhan-institute-virolgy-francis-boyle-spt ), the Indian report was promptly 'officially denied'.

Tucker references a Chinese video of an individual now claimed to be associated with the PRC equivalent of their CDC in Wuhan harvesting bats. Given the coordination of government activities with 'dual use' applications in China one can assume the BioWar facility in the same city – known to be researching virus from bats – was either a client, or the actual employer, of the bat collector.

With the recent sequence, and sources, of the more recent materials related to the origin of the virus here's one speculation on what is afoot.

It is very important that legitimate blame for the pandemic be put squarely on the CCP. As the United States approaches weeks in which the death toll will exceed that of both the armies of the North and South in the Civil War it must be understood by the public that the President and his administration are, quite honestly, NOT the enemy.

Unfortunately, for us, after 3 years of seditious fraud regarding the veracity of a Hillary funded  'piss gate' dossier, and the celebrated Colin Powell UN dog and pony on 'launch ready WMDs', US intelligence agencies are unable convince anyone of anything.

None the less, despite the CIA's incompetence and traitorous behavior, the CCP is losing their global infowar effort to blame this calamity on an American bicyclist. Evidence, especially from Chinese sources ineffectively muzzled by the regime, has, and will ever more convincingly, point to them.

Thus, with their acquiescence, perhaps a narrative is to be promulgated that the pandemic was the result of a sloppy researcher with a natural bug at a civilian level 2 research facility.  It is less provocative than the reality, i.e., it was the product of a weapons lab, which necessarily leads to a casus belli question  - was it's release intentional or no?

What the US would gain in exchange for this subterfuge could include the elimination of US debt in treasuries held by PRC and seizure of Chinese owned assets in the US.

Such a bargain would likely cost Xi his head – but you know what they say about playing the game of thrones.

"A competing theory has been gathering momentum - of an accidental lab release of bat coronavirus... "

Yes, a virus found in BATS with an amazing component so resembling HIV boosting contagion among human, and an unnaturally long dormancy during which asymptomatic carriers spread the bug.   Hmm, characteristics novel to be found in nature, but so desirable to incorporate into a lab engineered biowar agent.

Voila!  Disregard the overwhelming resemblance of COVID 19 to a - nearly complete - bio superweapon.  I suspect a deal has been struck.  The very forceful denial that the COVID-19 bug by senior uniformed personnel, with a smile no less, is a tell.  A cruise missile less the warhead is not a weapon?  Perhaps.  Good enough I guess.

Happily our interests have been represented by DJT.

There will be no war at this point, even though the CCP deliberately spread the virus in the US (thousands of the approved travelers from China were certainly carriers) so I can only expect the 'quid pro quo' was staggering.

this wasn't a BioWar research project leak ... and this wasn't from the BSL4 site ....

Yup, looks like the spin cycle is full on to avoid open war.