This would start it. 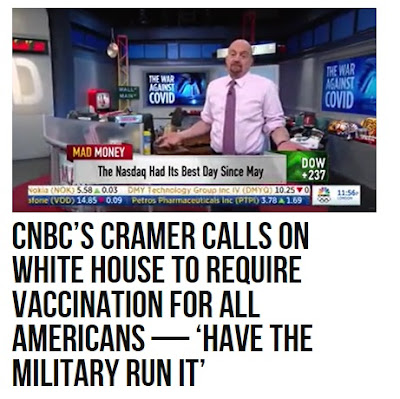 Posted by The Gaffer at 5:10 PM No comments:

Christmas Joy! (not from MSM)

Chillin' out after turkey left overs?

NOT what the swamp, the deep state, and globalists want.

Here's a PERFECT description of MSM coverage from article below "racial arson" ...

Not ready for a race war? 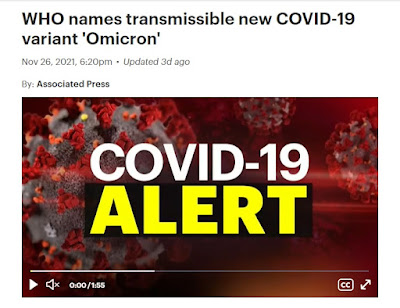 (consider ALL WuFlu 'varient' reporting vs. this ...

Not driven to surrender by terror of WuFlu? 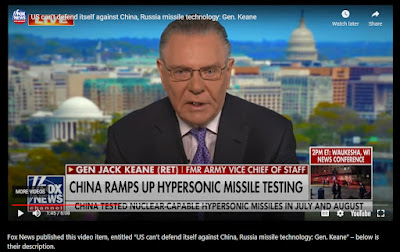 (hint - we NEVER could defend ourselves from ICBMs (1) same threat, different package)

And, who can miss the sheer idiocy (or cynical evil)  from our 'leaders' ....

Rx for the holidays:

Get a balanced input from multiple sources on the full range of topics.  ALL reports are biased one way or another.

Believe NOTHING from CCP controlled flacks, OBiden regime, and MSM.

Love your family, help your community.

Remember WHO Christmas is about.

Posted by The Gaffer at 6:22 AM No comments:

Odd suggestion on where to put your nest egg

There are periods of technological eddys, when one innovation appears to be a long term game changer within a discipline.  For example, I believe we are at the trailing edge of aircraft and missile design beings focused on radar stealth technology.  As one might expect, there are trade offs in maximizing RF stealth, and the bandwidth in which one focuses effort cannot cover the span of anomalies vehicles present between 'DC and daylight'.  Laser Radar, Infrared, very low frequency radar, all are finding applications in ending the current warm core eddy of RF stealth.

Despite the advice of some I suspect the same applies to cryptocurrencies which rely upon secure encryption. 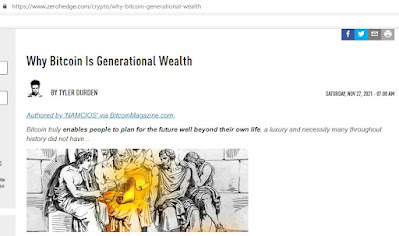 Given who/where the lead exists in quantum computing (same nice folks that brought us WuFlu), which renders contemporary encryption useless, call me dubious. 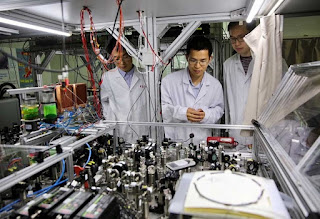 Posted by The Gaffer at 8:41 AM No comments:

Disband the FBI, eliminate the DHS

They have become a threat to our republic. 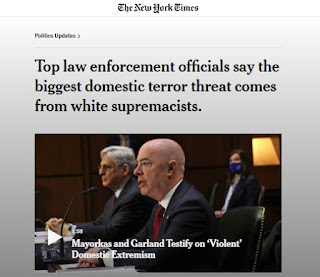 And DOJ lies to congress even while they assault Americans.

Meanwhile, in the real world ... 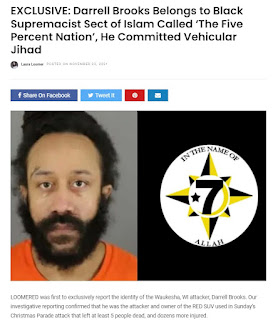 UPDATE  - big media's bodyguard of lies continues.  First he was 'fleeing the scene of a knife attack' - complete fabrication - now this from ABC 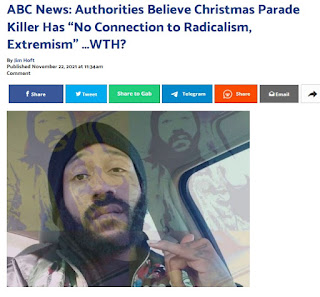 Posted by The Gaffer at 7:10 AM No comments:

Why is Fox News pimping Tulsi Gabbard to conservatives? 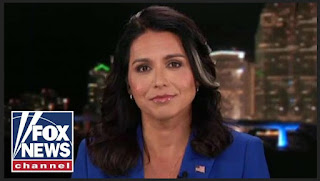 She wants you disarmed folks.

" making sure that terrorists are not allowed to buy guns." - BEEN TO A PTA MEETING????

DO NOT TRUST this lady.  With a smile and lies she want us to think she only wants

Posted by The Gaffer at 8:53 AM No comments:

Anyone with the slightest interest in things military knows that China has demonstrated the ability to launch a missile with a warhead section that can orbit the earth at 'hypersonic' speeds.

EVERY military and polmil trade journal has pitched this as something of a game changer that obviously requires billions of dollars investment in the US military industrial complex to either have a countermeasure or similar offensive system to threaten China with.

The example that passed our eye yesterday was this ... 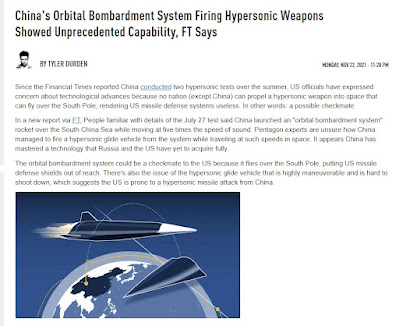 This story, from the Financial Times (clue there), as virtually all reports do, points out ....

"Orbital strikes from China on the US mainland via hypersonic glide vehicles could be a severe threat because US defense shields may not stop the weapons."

Now, in point of fact, the US has NEVER has a competent anti-ballistic missile system to counter the hundreds of Soviet era warheads targeting any US population center - and all but 2 defense strategic sites.  Some of these missiles were often on submarines relatively close to the US coast to reduce flight times to 30 minutes or so.  And, an initial strike could well have been with submarine launched nuclear armed cruise missiles, unlikely to be detected until the mushrooms sprouted.

Despite this, our plan, and credible ability, to retaliate at the time, an act which would have incinerated or otherwise rendered dead something like 110 MILLION in the Soviet Union, China, and Soviet border states (1) was evidently adequate to deter a Soviet nuclear strike, or actions (like invading Europe) which would have initiated such a response by the US.

Being in the crosshairs and unable to stop the nukes is nothing new.

Our greatest defense threat today is not new systems which pose different, but effectively similar risks to the country as before, but a Chinese controlled usurper as 'Commander in Chief'.  No weapon we own, no 'secret' we posses,  is any threat to Xi and the CCP so long as this regime exists.

Posted by The Gaffer at 6:58 AM No comments:

WuFlu not in Africa too? 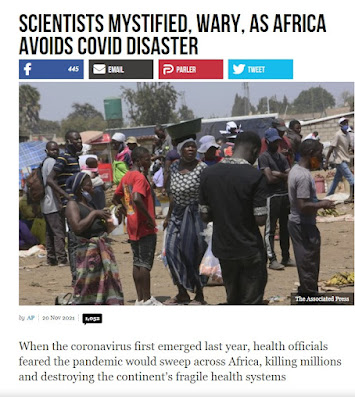 Posted by The Gaffer at 3:38 PM No comments: