The item below updated with this -

President Trump clearly open to analysis substantiating my speculation of 3/28/20 "Not Unthinkable to Everybody" ...

President Trump - “The question was asked: Would you be angry at China? The answer might be a very well resounding ‘Yes.’
“But it depends. Was it a mistake that got out of control? Or was it done deliberately? In either event, they should have let us go in."

These are extraordinarily dangerous times for the USA.  Thanks largely to William J Clinton the Chinese Communists have multiple reentry vehicle ICBMs (technology provided in exchange for campaign money from daughter of Chinese rocket forces commander) and W-88 thermonuclear warheads (quid pro quo not so obvious but directed relaxation of control of weapons  design secrets and acquisition by CCP a matter of record).

We now face the product of Clinton's treason and our cities are at jeopardy, greatly influencing Trumps response to the killers in Bejing.

Our media, our academies, and most of the Democrat party are collaborating, unconsciously or not, with the killers in Bejing, greatly reducing our nations resolve and resilience.

Our military shows the signs of decades of PC corruption and incompetence in weapons systems acquisition.


Brennan, Comey, men like these have entirely destroyed the integrity of our 'intelligence' community. They, along with the deep state Bushnicks and their Colin Powell UN dog and pony show on the 'thousands of launch ready WMDs' in Iraq, have made it impossible for the President to use any product of theirs to convince any other nation of the actions by the CCP.

Pray for our President and the good, patriotic members of his staff and our armed forces.  By Gods grace we will defeat this plague and the killers in Bejing as well. 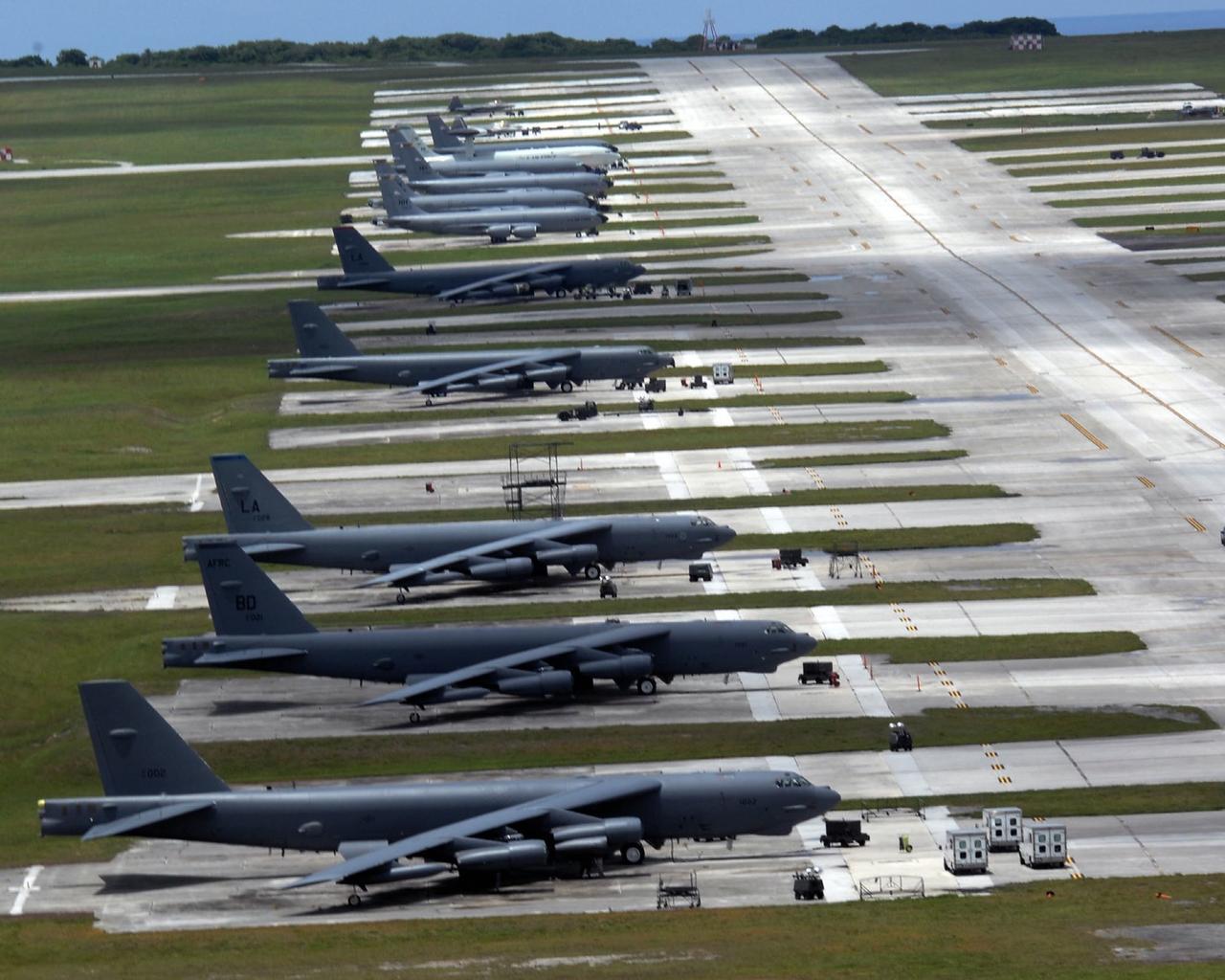 First order of importance in the big game are the strategic weapons, the ballistic missiles, thermonuclear bombers and cruise missiles.

The venerable B-52 has a range of roles including being our primary sea mine deployer (a capability not to be overlooked), and nuclear and conventional cruise missile launch platform.

Such movement convey a message.  Outside the loop one can only wonder what is being said.

Email ThisBlogThis!Share to TwitterShare to FacebookShare to Pinterest
Labels: CPUSA, War at Sea