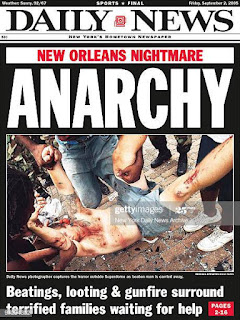 I had the experience of being part of the Navy's regional disaster response team in N'awlins' for almost all of September 2005.  On my return I immediately purchased a Remington 870, outfitted it with a proper light (later a laser/light combination), and practiced with it - including participating in 3 gun matches - using bird shot as well as with #4 buck and slugs.

Said gun is well oiled, loaded, and prepared for what may come in the weeks ahead as the worst of our fellow citizens decide they've had enough WuFlu 'at home' time.

Seems at least one family from Jacksonville, reflecting on an event of the type which may soon be repeated widely, chose similarly (albeit they went with a Mossberg 500 instead of the Remington).