Not unthinkable to everyone 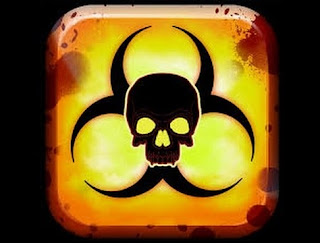 One free thinker offers an opinion on CCP's deliberate release of an intentionally imperfect biowar agent ...

I'd like to say I couldn't believe such was possible - however, PLA's strategy encompasses conflict across three domains, economic, information, and kinetic and such a gambit is entirely consistent with their already declared (internally) war with the US.  This active war against the US across all frontiers was convincingly documented in the translated PLA war college lectures which comprise  'Unrestricted Warfare' published in 1997.

Example: "As we see it, a single man-made stock-market crash, a single computer virus invasion, or a single rumor or scandal that results in a fluctuation in the enemy country's exchange rates or exposes the leaders of an enemy country on the Internet, all can be included in the ranks of new-concept weapons."

Very visibly Biological Warfare has been pursued continuously before, and subsequent to, the 1997 release of "Unrestricted Warfare".

So, is the intentional release of an agent - even at the cost of thousands or more of their own slaves - for the purpose of economically crippling the US really unthinkable to the Generals in Beijing?  To answer that one must accept it is consistent with their strategy, clearly within their technology, and consider as well that, among these Generals, are likely some who as Lieutenants drove their tanks onto Tienanmen Square.


3/29/20 this post was uploaded prior to Steve Bannon's War Room Pandemic episode 82 later that day.  Worth listening to.  Steve accompanied by Sam Faddis (fmr CIA) and discussed the origin from the BSL4 lab as likely 'accidental' ('extremely viable possibility' - Faddis).   If the bug demonstrates any other features beyond extreme transmissiblity and extreme long dormancy, like, say, causing sterility in young males, then it would have to be seriously considered as a Bioweapon produced by PRC.

3/31/20 yet another report documenting that the PRC was experimenting with exactly the type of virus plaguing the world.  This is almost certainly a leak from the BioWar facility in Wuhan.  Intentional?

5/4/20 The President is thinking along the same line.