The War we are in 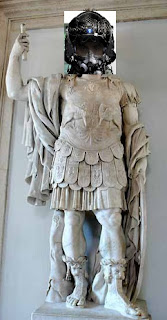 Retirement is odd.  In the last half year I've only sometimes dabbled in topics that I use to obsess over. Along those lines, subsequent to reading Marshal Ogarkov's writings on the 'Revolution in Military Affairs' while in the pentagon the most insightful document I've seen was 'Unrestricted Warfare', which is vital for anyone intending to have an informed opinion on things military or/and national security.

Recently a longish, but interesting, piece from the national security folks at UT Austin brought portions of Unrestricted Warfare to mind.

This document (collection of lectures at PLA staff college) by two PLA Colonels advocated for a better understanding among PLA leadership on the nature of the war between Communist China and the United States which must implement all means of conflict, including economic, information warfare, and kinetic.

Regardless of whether the war was 3,000 years ago or at the end of the 20th  century, it seems that all of the victories display one common phenomenon: the winner is the one who combined //modes of combat, incl. financial, information, and kinetic// well.

We already know that war will not again be displayed in its original form. To a very great extent, war is no longer even war but rather coming to grips on the internet, and matching the mass media ...

In future wars, there will be more hostilities like financial warfare, in which a country is subjugated without spilling a drop of blood.

2. The document recently received from the folks at UT - Wormhole Escalation in the New Nuclear Age - Rebecca Hersman

From the cv provided, ”Ms. Hersman joined CSIS in April 2015 from the Department of Defense, where she served as deputy assistant secretary of defense for countering weapons of mass destruction (WMD) since 2009.” - which is to say she is probably brilliant but an 'arms control' believer and a veteran of Obama's Iranian arms deal team.

//Nuclear war // escalatory pathways in this new era of strategic competition will be less predictable. Indeed, increasingly sophisticated sub-conventional tactics such as disinformation and weaponized social media, the blurring of nuclear-conventional firebreaks, and the continuing diffusion of global power to regional nuclear states are adding new challenges and additional complexity to crisis management

Moving forward, emerging technologies will exacerbate these challenges and risks. Technologically advanced influence operations can use AI to precisely and efficiently target vulnerable individuals and communities with tailored messages and influence strategies, while also enhancing the speed and responsiveness of messages focused on the broader public.

...the effective weaponization of information, especially through social media, depends upon surrogates — witting or unwitting — who amplify messages, lend credibility within their media circles, and increase the originating state’s ability to deny responsibility.

American conventional military superiority in the post-Cold War period. Throughout this period, the United States has enjoyed the benefits of information dominance and the asymmetric advantage it offered.

Just because a state can start a war, however, doesn’t mean it can end it successfully on its own terms or avoid a sudden strategic crisis with a highly antagonized nuclear adversary.

Smaller states can compete in the digital information realm far more effectively than they could in traditional military competition.

...most analysts believe that secure second strike was the principal enabler of strategic stability even in the face of conventional and sub-conventional conflicts that largely played out through and with non-nuclear subordinate states.

Weaponized social media, widespread open-source information that used to be the exclusive domain of intelligence collection, and an increasingly “post-truth” atmosphere suggest a new and dangerous battlespace. In this context, small wars could quickly morph into big wars in ways that are difficult to anticipate or manage, perhaps rendering traditional military conflict “overrun by events” before the shooting starts and prompting consideration of tools and options normally reserved only for crises of existential proportion.

...the discussion of norms and codes of conduct for information and cyber warfare in strategic competition is long overdue.

In both documents the PLA Colonels, and Ms Hersman, advise non-state actors will engage in information warfare. Ms Hersman references 'conspiracy theorists' (a canard often used by Obama/Clinton loyalists), while the PLA Colonels explain that " //new means warfare is// a means for some nations to be able to launch attacks against other nations or certain organizations and individuals to do so against the entire society".

Given the criticality of accurate, propaganda free information for Americans to be able to counter info war efforts by practitioners including: Communist China, Russia, Israel, the moslem brotherhood and its ideological offspring, and megalomaniacal billionaires, one must ask - how reliable is our mainstream media?

It is typical that within the above there's not a mention as why mainstream media has such low credibility and that is their intentional, total compromise of honesty in over 3 years of unrelenting, intentionally FAKE news regarding President Trump and Russia,

And yes, it was deliberate.

In view of the shape of modern battlespace, one in which the US is very actively engaged, the enfeeblement of our major news agencies is a national security issue of the first order. Beyond their self professed role in influencing elections (“most Times reporters saw Trump “as an abnormal and potentially dangerous candidate” and thus couldn’t be even-handed” - https://nypost.com/2016/11/11/new-york-times-we-blew-it-on-trump/ ), a corrupt news industry can impact a President's ability to deescalate a conflict spiraling towards nuclear war.

This must be addressed.

But, ahh, bad news there.  The one major institution with a public reputation lower than mainstream media? 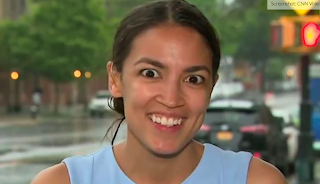 A real conundrum this one.

7/22/20 - this story, published the following day to the above, describes the tailspin MSM is in both as truthspeakers and as a business https://www.frontpagemag.com/fpm/2020/07/medias-political-suicide-daniel-greenfield/