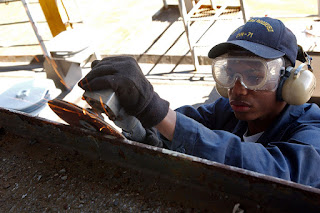 While the chance the CCP will resort to violence against the US to unify an increasingly disillusioned populace increases, the state of our Navy is becoming alarming.

No Court Martial for an officer surrendering his boats and crews to Iranians ...

A carrier CO who felt it better to tell the world his ship was mission impared ...

And the clown show in DC called 'acquisitions':

- produces the miserable LCS - initial vessels being retired before ANY weapon systems 'modules' are adequately developed for ANY mission.

- As for our newest destroyer'  (cruiser actually) ...

Given the lack of competitive hardware they're equipping our sons and daughters(!) with at sea today's Naval leaders must actually believe 'diversity is our strength'. 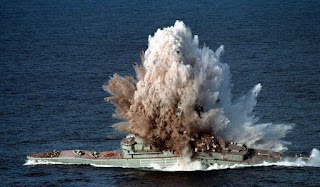 7/13/20 Post Script - Who needs the Chinese?  A major warship, being modified to support the F-35 (a miserable story in its own right) will probably sink pierside.

.... wonder if the fire party was diverse?

7/18/20 - Looks like we'll be finding out how the 'diversity is our strength' think will do against torpedo, mine, and missile.

Email ThisBlogThis!Share to TwitterShare to FacebookShare to Pinterest
Labels: War at Sea