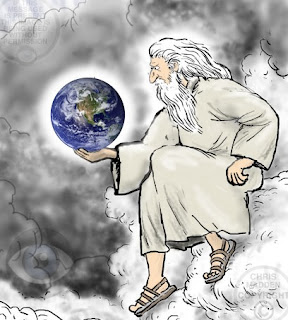 When assessing how things happen one must admit, man's agency in the colossal scale of things is insignificant. Plans for empires and 'thousand year Reichs' are often ruined by natural events far beyond the control of despots.

To put it nicely, man can think to plan on climate but 'HE rains'.

Looking at our near term - 20 year or so future, it's critical to appreciate that the earth's
temperature is determined to the greatest measure by ... wait for it ... THE SUN.  It's intensity and our proximity to it.

First, take look at the long view ... the earth has a cyclical nature in temps, and all the 'global warming' in the last few decades is nothing more than background noise on any plot of temperatures spanning centuries. (word of caution, when researching this be sure to understand the scale and increments (deg K/C/F) in temperature and scale - and direction of the time legend) 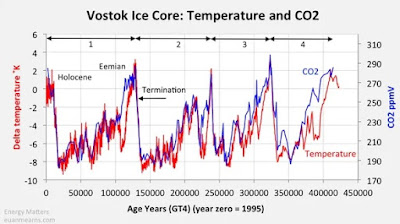 Clearly the latter portion of last ten thousand years is best understood as a slight, gradual 'warming' relative to a 'little ice age' - and this overwhelmingly unrelated to SUVs and suburban BBQs. 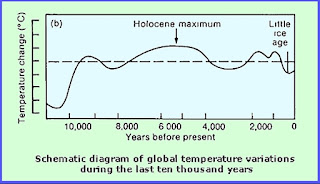 The fact that the sun has cyclical events that greatly impact our temperature is no secret. The leftist 'climate scientists' - a term I use loosly, at NASA know that, they just don't discuss it when selling the 'man-caused CO2 increase engendered global warming powered climate disaster' hoax.

Note the date and caveat - "This page contains archived content and is no longer being updated."

"...the Maunder Minimum could have caused the extreme drop in temperatures..."

As an example of their selective memory, here's' what they are saying about a 1/4 degree
perturbation -

Xi and the ruling brutal clique in Beijing know this. They never were true believers in
'global warming' - but they listened. They are very likely listening now to scientists with forecasts as fantastic as the 'hockey stick','Manhattan underwater by 2018' doom prophecy by 'global warming' types in the US twenty years ago and like to hedge their bets.
( https://realclimatescience.com/2017/11/nasa-arctic-ice-free-and-manhattan-underwater-in-six-weeks/ )

This grim forecast, coupled with President Trump's unpredictable, and unprecedented, reversal of their global economic plan to becoming the global hegemon, could contribute to incentivizing the Generals, who were captains and majors in Tienanmen, to do incredible acts.

Xi, the Generals,and the CCP hierarchy all know that if they cannot satisfy the masses who expect their lives to be quickly improved, they will pay the price Cersei explained to Ned losers pay in the 'Game of Thrones'.

But Xi and co. are brutal. They are Communists. They are Han racists. And they are, in no small way thanks to the Clintons ( https://capitalresearch.org/article/flashback-bill-clinton-gave-china-missile-technology/), very heavily armed.

Ironic moment here - Xi and his recent predecessors shrank the PLA in order to produce a modern, high tech force able to defeat the American Navy and expeditionary forces. While well prepared to fight us, it is probably no longer large enough to control one billion plus enraged peasants.

Faced with extinction they may do ANYTHING.

7/25/20 - just came across an older Huffpo piece that provides an interesting plot of sun activity ...
https://www.huffpost.com/entry/solar-lull-little-ice-age-sun-scientists_n_4645248
that one might compare with this just revealed temperature record ...
https://wattsupwiththat.com/2020/07/24/ancient-temperatures/

Email ThisBlogThis!Share to TwitterShare to FacebookShare to Pinterest
Labels: Philos