Publicly strolling down to a church, Bible in hand, demonstrating faith in a higher authority and zero respect for a mob.  That is courage. 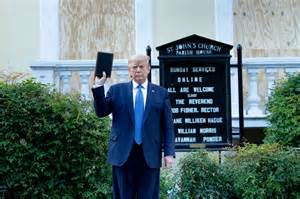 Challenging the - often violently enforced - PC corruption of our institutions and values.
https://www.catholicbusinessjournal.com/news/faith-at-work/u-s/archbishop-viganos-powerful-letter-to-president-trump-eternal-struggle-between-good-and-evil-playing-out-right-now/
That is courage.
What is not?
Compare the personal and professional risk resulting from the actions of the craven souls below to   those cited above.
A 'Mayor' speaking her mind to a neighbor leader ...    Failing to address mortal risks with acts that might cost her the adoration of violent mobs.
https://chicago.cbslocal.com/2020/06/08/mayor-lori-lightfoot-and-ald-raymond-lopez-have-foul-mouthed-argument-over-looting-youre-100-full-of-s-mayor-says/
Sworn Federal Agents of a totally corrupted 'law enforcement' agency showing cowardice in public ... 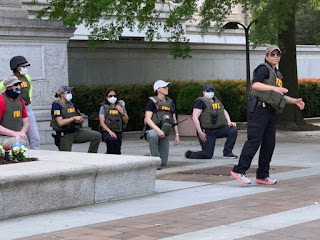 Once revered (if not by all at their zenith) soldiers demonstrating they are now politicians, or perhaps applicants for jobs with CNN. 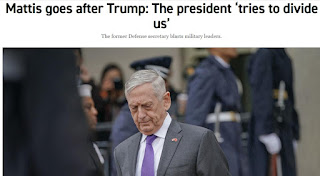 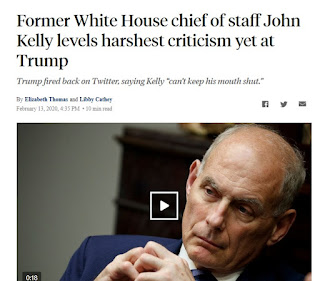 (as an aside, again, one must ask - who hired these execrable traitors?  Pence?  These men were at odds with US troops leaving the $hit hole middle east and NEVER should have been proposed for their jobs in the administration)
And, not least, former Presidents failing to support the office they left (in shambles). 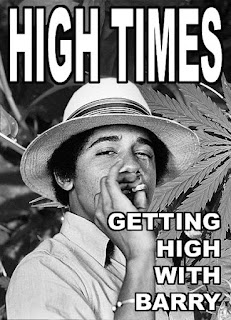 6/14/20 the extraordinary Diana West offers an explanation of our current crop of military 'leaders' and their motives ...
https://youtu.be/kZ8F3qGS3Hs
Posted by The Gaffer at 6:34 AM