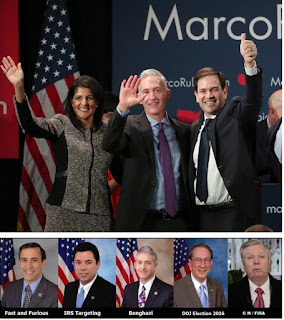 While the WuFlu and it's fatal and economic consequences remains foremost in our minds, it's very important to keep our eyes on the prize, that is, our freedom.  The vindication of Gen Rogers is. hopefully, only the first major success in uncovering and undoing the seditious effort by Obama with Brennan and Comey as his primary agents.

Here is a good article identifying which Republican establishment figures worked AGAINST the President and assisted team Deep State.  Their fake 'investigations' were never intended to hold Hillary, federal agencies, anyone accountable.

They must go.  At the end of Trumps second term the party must be free of these opportunistic traitors.